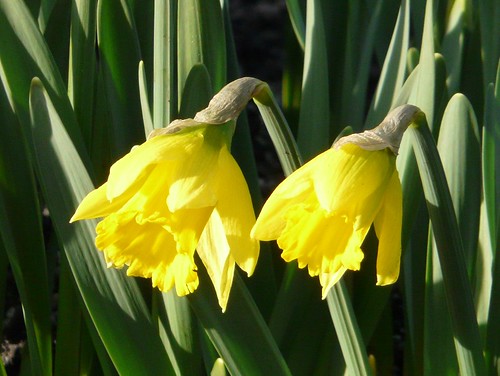 Photographer Webrarian tells us about these sunny daffodils. Image taken on January 9, 2011. Cornwall’s Eden Project is built in the vast crater of a disused china clay mine. It’s now become a major tourist attraction but manages to preserve some botanic interest as well.

Being in the far south-west of England, spring comes early to Cornwall. It has a thriving daffodil industry which supplies shops across the UK with early daffs.

But these January daffs at Eden aren’t grown for sale, but to be admired as one of the first signs that spring is just around the corner.